15/04/2021
On March 4, 2021, the Central Vietnam Women's Union (VWU) hold a conference to collect voters’ opinions on the nominees for the election of deputies to the 15th National Assembly (NA). 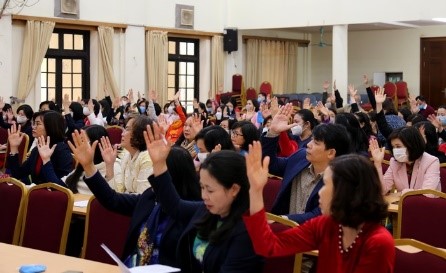 The participants approve with the nomination of Mrs. Ha Thi Nga and Mrs. Nguyen Thanh Cam as candidates for election of deputies to the 15th National Assembly

Participants at the conference

At the conference, voters were provided with regulations and procedures on the nomination of candidates for the 15th NA election as well as candidates’ criteria and other relating documents. Previously, the Party’s designated representation of VWU also met and agreed to introduce Mrs. Ha Thi Nga, Member of the Party Central Committee, VWU’s Secretary of the Party’s designated representation, VWU President, and Mrs. Nguyen Thanh Cam, Member of the VWU Presidium, General Director of the VWU’s Law and Policy Department as two candidates for the 15th NA election.

Voter speaks at the conference

Speaking at the conference, voters affirmed that the two candidates’ qualifications, knowledge and capabilities have satisfied and met all required conditions and criteria for a NA deputy. They are going to well perform their roles and tasks to convey Vietnamese women and people’s voices to the National Assembly and its Forum, and to make policy advocacy and formulation for the development of Vietnamese women and gender equality promotion.

Mrs. Nga thanked the credibility and trust by the VWU Party’s designated representation and VWU’s voters towards the two candidates; highlighted importance of the elections of deputies to the 15th NA and all-level People’s Councils for the 2021-2026 tenure as political event and opportunity for voters to select outstanding deputies that represent their wills and expectation at the NA and all-level People's Councils.

Mrs. Nga asked the VWU staffs at all levels to promote their role and perform well in communicating and mobilizing women to exercise the citizens’ rights and obligations, to encourage their families’ members and relatives to voting  as well; Women’s Union at all levels actively participate in the election monitoring work in localities to ensure the best quality election results, striving to achieve the targets of the women’s representation proportion    in the NA and all-level People's Councils.

At the conference, all participants agreed with a high consensus to nominate two candidates for election as deputies for the 15th NA. 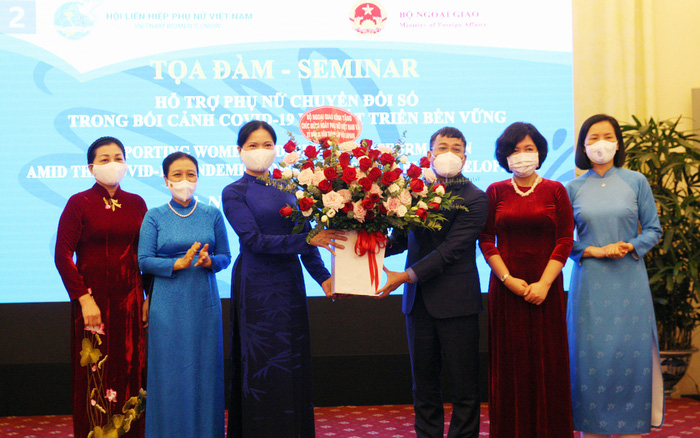