Like other Khmer ethnic minority women in An Quảng Hữu, an impoverished coastal commune in Trà Cú District, she stopped learning after the sixth grade, staying at home to help her family. She then got married and had children.

They struggled to make ends meet by cultivating rice and vegetables and raising animals o­n a small scale. The lives of local residents have become even more difficult because crop productivity has been reduced due to the effects of climate change.

In 2009, recognising rising market demand for safe vegetables, the commune's Women's Union decided to set up a co-operative specialising in growing safe vegetables in Phố Hamlet, An Quảng Hữu Commune. Út and 32 other members registered to take part.

They encountered many difficulties in the beginning.

Because the group initially lacked technological knowledge, their products failed to gain the trust of consumers, resulting in low incomes.

In 2017, an opportunity was presented to Út. Her co-operative was selected for a project focused o­n adaptation to climate change in the Mekong Delta. The project is aimed at helping ethnic women in the province improve their livelihoods.

Ten members of the co-operative including Út joined the experiment o­n a 5,000-sq.m plot of land. They received assistance in seedling, fertilisers and cultivation methods.

Besides participating in training courses o­n safe cultivation techniques, Út also selected more vegetable varieties suitable for the land and proposed solutions to develop the model, taking into account the soil conditions, climate and farming practices of the locality.

The technical staff faced many challenges because many local women could not read or write Vietnamese fluently. However, as a team leader, Út recorded information carefully, practiced the techniques many times and then provided guidance to the other members.

At monthly meetings, she instructed members o­n how to make production plans and how they can adjust the time at which they harvest their crops to sell them at higher prices.

With the support from CARE International in Việt Nam, Út and other members have undergone training and applied new techniques in the production and distribution of their products.

In addition to learning through different channels including watching television, listening to the radio and reading newspapers, Út tried to encourage growing new vegetable varieties which could provide higher yields.

She pioneered the cultivation of high-value vegetables favoured by customers such as purple lettuce.

After finding success, Út transferred her techniques to her peers.

To ensure organic standards, she uses a mixture of garlic and ginger as a natural alternative to pesticides. She also decided to raisenhái(Hylidae frogs) to kill insects.

It was not easy to grow organic vegetables, and selling them was difficult too, she said.

Realising that farmers were often forced to sell their vegetables at low prices because traders want bigger profits, Út decided to act as a dealer. She collected vegetables from other group members and then sold them o­n. She also signed contracts with suppliers of seeds and fertiliser to obtain preferential prices for the members.

Her painstaking efforts over the past two years have started to pay off. Her family is now able to produce 10 crops a year, earning some VNĐ8-10 million (US$345-431) per month by selling their vegetables. Other members earned between VNĐ5-7 million per month with six to seven crops a year.

“In the past, my family fetched VNĐ5 million ($215) million per year from cow breeding and planting vegetables,” she recalled.

Instituting safe vegetable growing practices has brought in higher incomes and helped reduce the number of households living in poverty, Út said. She said that by the end of last year, there were no near-poor households in the commune.

“My family used to live o­n a small income growing vegetables,” said Thạch Thị Sa Rane, a member of the co-operative. “Since I joined the safe vegetable co-operative, I have learned a lot of new farming techniques as well as how to apply technology to boost my output. My family’s income has improved a lot thanks to support from Út.”

Motivated by the success of the co-operative, 22 farmers who were not members agreed to adopt its techniques and learn about organic farming. The area of land dedicated to farming safe vegetables has expanded to 55,000 sq.m. — VNS 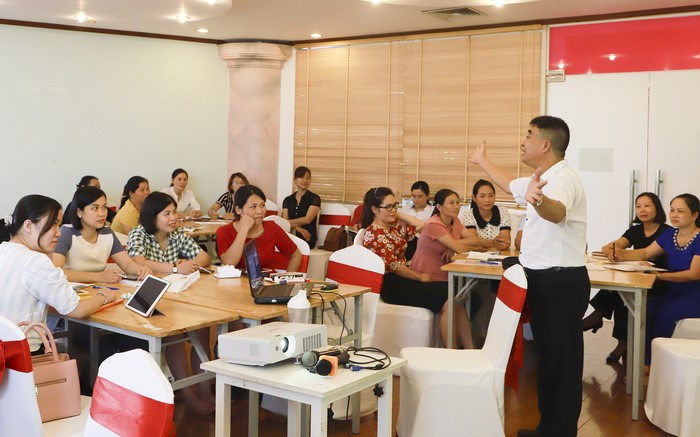