10/08/2020
In the morning of July 24, the Ministry of National Defence in collaboration with the Vietnam Women's Union (VWU) and the Ministry of Labor, War Invalids and Social Affairs organized a meeting in Hanoi to express gratitude to Vietnamese Heroic Mothers nationwide marking the 73rd anniversary of War Invalids and Martyrs' Day (July 27, 1947 - July 27, 2020). It was attended by 300 women representing 4,962 Vietnamese Heroic Mothers across the country. 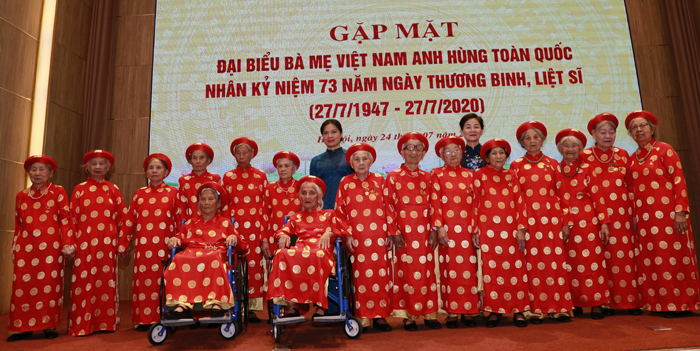 During the two resistance wars against the French colonialists and the American imperialists, the Vietnamese Heroic  Mothers who dedicated their beloved  to the struggle for national liberation and independence have suffered huge pains and losses. So the Party, the State, and the entire people always remember and keep grateful for their untold  sacrifices as the moral principle of "When drinking water, remember its source" by many practical activities to take care of both their material and spiritual lives.

At the meeting, the leaders of the Ministry of National Defence and the VWU presented gifts to mothers, expressed their care and gratitude to remember the great contribution and sacrifices of Vietnamese Heroic Mothers for the national independence. Total VWU gifts on this occasion amount to 168 million dongs.

For the past years, the work of repaying gratitude, taking care of Vietnamese Heroic  Mothers has been regularly undertaken by the VWU at all levels with many specific and practical activities such as visiting, encouraging and giving gifts on the occasion of the War Invalids and Martyrs' Day as well as the holidays; taking care of their health, doing housework for lonely mothers; giving savings books ...

These activities have shown deep gratitude of Vietnamese women for great contributtions and sacrifices of the mothers, at the same time as the promise that the generations of Vietnamese women will constantly strive to contribute to the cause of national construction and defense. 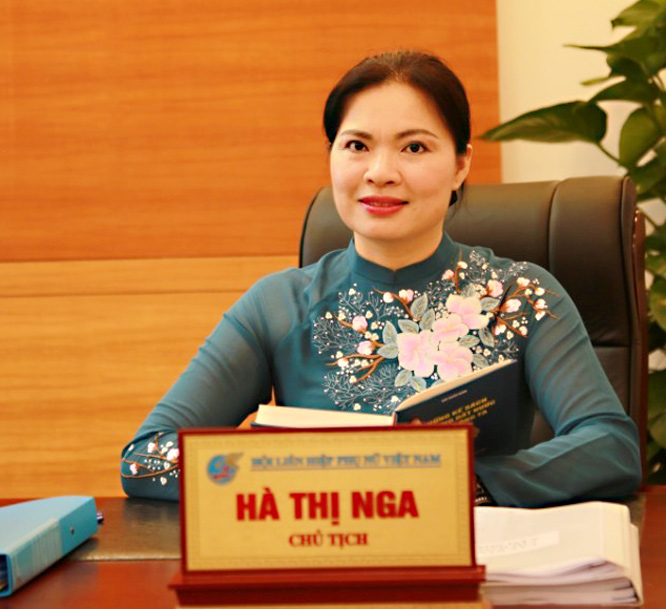