19/10/2020
In order to promote the relationship between Vietnam and Cuba in general and women of the two countries in particular, on October 8th, the VWU organized a meeting to commemorate the 60th anniversary of relations between Vietnamese and Cuban women and to talk about the relationship between the two countries. Attending the meeting were VWU leaders, staff, Cuban Embassy’s staff, Vietnam - Cuba Friendship Association and more than 100 students of Vietnam Women's Academy. 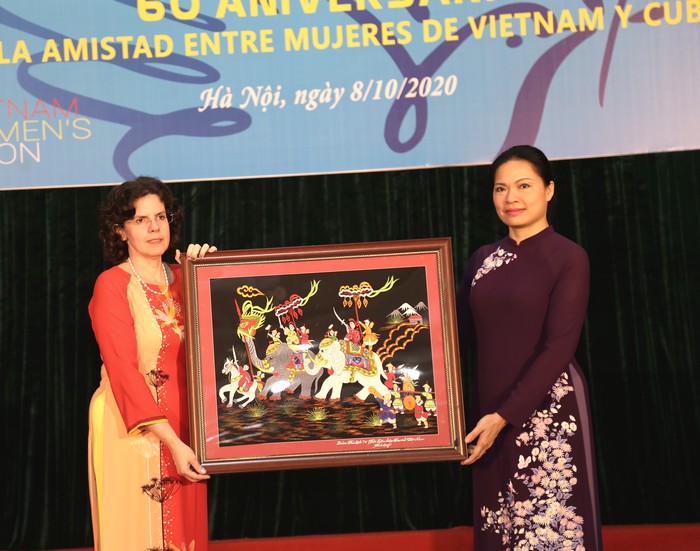 Speaking at the meeting, VWU President Ha Thi Nga emphasized: 2020 has many important celebrations for the two countries, including 60th anniversary of Vietnam - Cuba relations, 60th anniversary of Cuban Women's Union and 90th anniversary of Vietnam Women's Union. Vietnam and Cuba relationship has reminded us of Cuban national hero José Martí, who was the first to introduce Vietnam to the Cuban and Latin American through his memoir "A journey on Annamese land" in 1889. This is probably the bond that connects our two peoples and the loyal friendship between Vietnam and Cuba, which has been nurtured by generations of leaders and people of the two countries headed by President Ho Chi Minh and President Fidel Castro.

"With the brotherhood, loyal and esteemed comradeship, we are always there to support each other in difficulty. Covid-19 once again proves this bond", VWU President Ha Thi Nga affirmed.

Along with the development of relationship between the two countries, Vietnam Women’s Union and Cuba Women’s Federation have established friendship since early. During the anti-American resistance war, Cuban Women's Union launched many practical movements to support Vietnamese women. When Cuba was besieged and embargoed, the VWU mobilized its members to donate to the best of their ability for Cuban women and also support Cuban women in the international forums.

According to Ms. Lianys Torres Rivera, Ambassador of Cuba in Vietnam, over the past six decades, the relationship between the two countries has always been developed comprehensively and in-depth, in which the bond between women of the two countries is especially important. In 2018, the two women’s unions signed for the first time a Memorandum of Cooperation for the period 2018-2022, which is the basis for the substantial cooperation of the two organizations. Ambassador Lianys Torres Rivera highly appreciated the documentary film "Women of Vietnam and Cuba: Loyal and sustainable friendship" produced by the two women's unions in Vietnamese and Spanish.

On this occasion, the Ambassador congratulated the VWU on its 90th  anniversary (October 20th) and repeated the Cuban Women's Union Secretary General Teresa Amarelle’s saying in her congratulatory letter that Cuban women are proud of the friendship with the Vietnamese women. 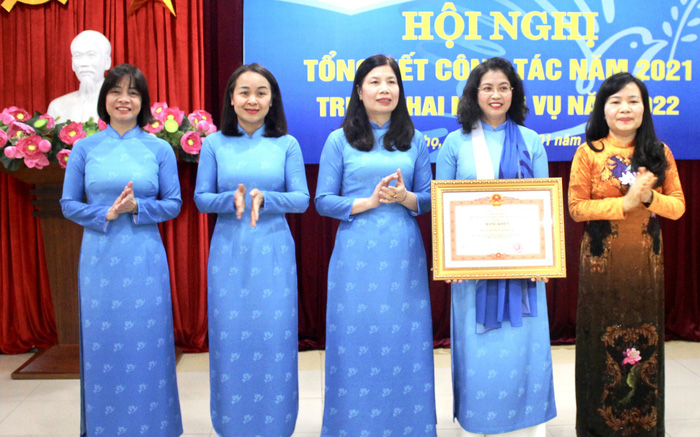