15/06/2021
On July 5th, the Vietnam Women’s Union and the Border Guards Command organized the signing ceremony of the Program "Supporting for women in border and island areas” in the 2021-2025 period and "Supporting for women to overcome the Covid-19 pandemic" in Hong Ngu city, Dong Thap province. 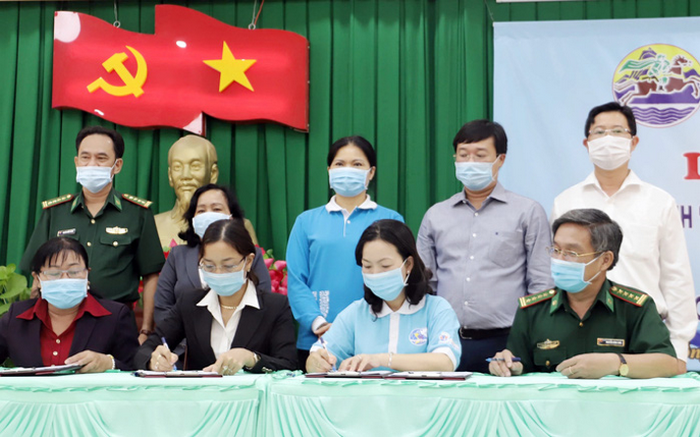 At the conference was presented the Program’s planning for 2021-2025 period with such activities as communicating about the Party's policies and State laws, especially policies related to socio-economic development, national defense and security in border areas, sustainable livelihood schemes in border areas, VWU operational efficiency enhancement at the grassroots, mobilizing and guiding women to participate in protecting territorial sovereignty and national border security, and strengthening joint efforts for social security.

The program strives to make remarkable improvements in all aspects in 8/8 border communes of Dong Thap province by 2025. Every year, the Women’s Union of each commune is to organize at least 2 activities to communicate on the Party’s policies and State's laws, deliver knowledge on health care, child rearing, family management and participate in addressing pressing social issues related to women in border areas, especially human trafficking. Every year, each commune is to help at least 3 poor women's families towards the family criteria "5 Without-s and 3 Clean-s"; the rate of attracting of women aged 18 and over to join VWU as members is to increase by 10% compared to 2020. By the year 2025, each border commune has at least one sustainable livelihood scheme built from supporting sources, and at least one credit and savings scheme to help create women’s good habits in managing and using finance.

The Border Guard Command of Dong Thap province continues various programs such as programs "Supporting children to go to school", "Nurturing children as adopted ones to border guards", "Rice jar of love", "Clean water in border areas", "Free medical examination and treatment" to support border villagers especially the poor and the disadvantaged.

According to VWU Vice President Ms. Do Thi Thu Thao, to the success of the previous period, the Central VWU and the Border Guard Command have signed the coordination program for the new period. Facing the negative impacts by the Covid-19 pandemic to women’s lives, especially women in border areas, different organizations have joined hands to help women in border areas to overcome the pandemic for economic development and sustainable poverty reduction. In near future, the VWU and the Border Guard Command will jointly call on organizations and individuals to continue their meaning support in border areas so that the program “Supporting for women in border and island areas” will spread further. 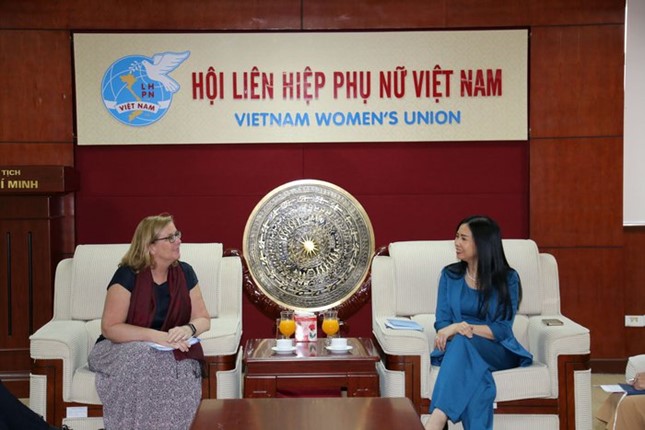