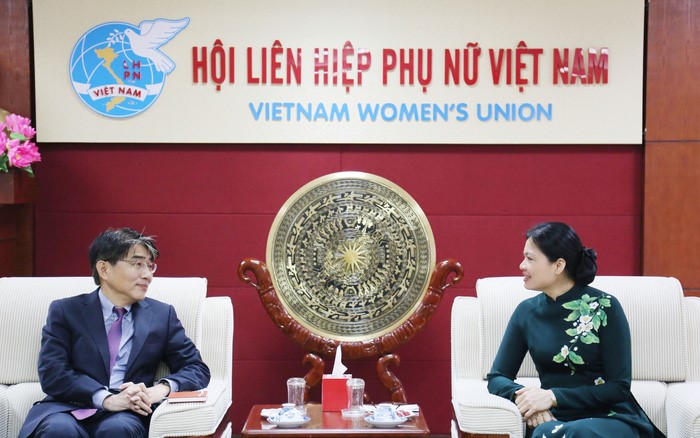 According to Ms. Ha Thi Nga, the VWU has been proactively participating in preparation for the election of Deputies to the 15th National Assembly and People's Councils at local levels for the term 2021-2026. VWU is also preparing for the Women's Congress at local levels heading towards the 13th National Women's Congress. Currently VWU continues to implement major programs and projects such as supporting women’s start-ups, promoting sustainable development of women-owned businesses, solving a number of social problems related to women, supporting ethnic minority women and children, building a new countryside in the new stage, etc. The VWU has also adopted a Resolution on supporting women's international integration until 2030.

In 2020, VWU, ILO and UN Women organized a consultation workshop on the draft amendment of the Law on sending Vietnamese workers abroad under contracts. The workshop outputs served as an important basis for VWU to carry out social criticism on this draft Law. Accordingly VWU developed reference material which was provided at the National Assembly session and submitted 3 comments and criticism documents; as a result, 6 out of 9 opinions of the VWU were adopted.

The VWU pays high attention to sustainable employment and social security. There are however many gender issues in these areas, e.g. pay gap between men and women, women’s susceptibility to underemployment and unemployment. Recently, serious impacts of epidemics, natural disasters and climate change have made those challenges even bigger, especially for several specific women groups.

In addition, many problems related to labor migration have risen in the context of extensive international integration. In the border provinces, many women migrating informally for work across the border. VWU looks forward to working with ILO and other partners to support these target groups, thus ensuring women’s decent employment, income and benefits.

ILO Country Director Mr. Chang-Hee Lee expressed his appreciation of the VWU activities. VWU and ILO have a common interest in narrowing the wage gap and such issues as female workers, border migrant women and female enterprises. The two sides will work together closely on the above issues. The two organizations will also tentatively organize a number of workshops and seminars on gender equality in the legal system of social insurance and social security in Vietnam.