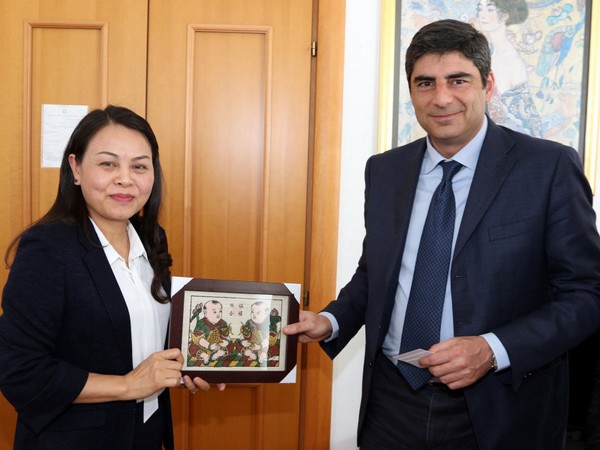 While in Italy, the delegation attended working sessions with leaders of Italian government agencies at central and city levels, especially Secretary-General of the Italian Ministry of Foreign Affairs Elisabetta Belloni, President of the Foreigner and European Affairs Committee of the Chamber of Deputies Marta Grande, along with Undersecretary of State at the Prime Minister’s Office responsible for equal opportunities.

At the sessions, the two sides expressed their delight as the Vietnam-Italy strategic partnership has enjoyed positive developments during the past time. o­n behalf of the VWU Delegation, President Nguyen Thi Thu Ha thanked the authorities of Italy and Venice that gave the delegation an enthusiastic welcome and an effective work program, especially those related to gender equality.

The Vietnamese delegation was delighted by Italy's achievements in gender equality and women's empowerment, such as Italy is among countries with highest number of female members in the parliament, o­nly after Northern European nations; female leaders in public agencies and private companies listed o­n the stock exchange increased from 6% to 33.5% …

Although there are cultural issues and gender stereotypes in culture, Italy has many initiatives to increase the percentage of women in scientific researches; system of social services, nationwide shelters supporting victims of human trafficking ... Regarding the assurance of opportunities for women in politics, the Italian Election Law stipulates that an election list must be included both men and women, and in the locality, valid votes must include 1 male and 1 female candidates if there are 2 people in the list ...

During the meetings, VWU President Nguyen Thi Thu Ha introduced an overview of Vietnam's socio-economic development achievements over the years, along with the VWU and its concerns.

The Italian side also expressed deep impression o­n the VWU results of activities.They agreed to continue to exchange information and experience o­n gender equality and female human resources, as well as to connect and build up the cooperation between the VWU and Italian partners.

Leaders of the Italian Ministry of Foreign Affairs also informed the Vietnamese delegationthe High Level Dialogue o­n ASEAN Italy Economic Relations with , which is scheduled in Hanoi this June. They consented to considerthe possibility of organising a side event of the dialogue.