US thanks Viet Nam for Katrina relief aid

14/11/2005
Former US Presidents George H. W. Bush and Bill Clinton have expressed their gratitude to Viet Nam for its generous contribution to the Bush-Clinton Katrina Fund, which was set up following Hurricane Katrina that struck the American Central Gulf Coast and northern regions last August. 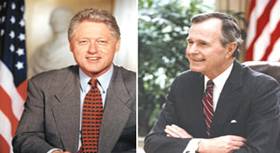 In a letter sent to Vietnamese President Tran Duc Luong, the two former presidents said: “In this time of tragedy, people from around the world have replied to help rebuild and recover from the unspeakable devastation wrought by Hurricane Katrina.”

“Your donation will play a key role in restoring lives and livelihoods throughout ’s region,” they confirmed.

’s support “demonstrates the close friendship that has developed between the people of our two nations, and your kindness exemplifies our shared values of generosity, compassion and community,” the letter read.

During his recent return to the US, Michael Marine, US Ambassador to Viet Nam, told Americans that he was moved by the fact that many people across Viet Nam who are still facing difficulties in their daily lives have offered deep sympathy and made financial donations to victims of the destructive hurricane.-Enditem