26/04/2019
From March 27th to April 6th 2019, a delegation from the Vietnam Women's Union led by Vice President – Mme.Nguyen Thi Tuyet took part in a study visitto the United States focusing on gender equality and women’s development. 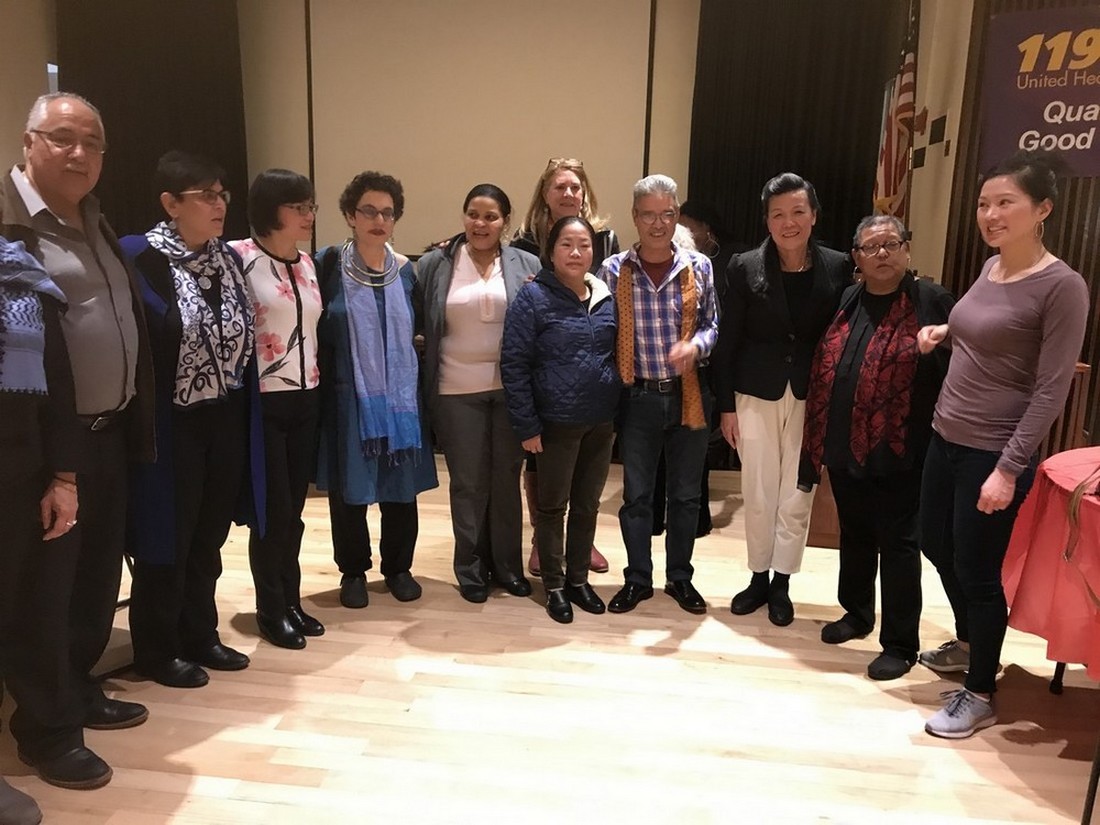 The delegation met and worked with many American organizations, leaders and social activists to learn about promoting women's political and economic rights, and supporting female workers, immigrant workersand victims of domestic violence. The delegation was organized by the Asia Foundation and by the members of the 2017 U.S. Women’s Delegation to Vietnam and other American friends.

Overall we learned that, while U.S. women have made some progress in achieving equality, they still face many challenges including women’s under-representation in leadership and management, a wage gap between male and female workers; a serious problem of domestic violence, sexual harassment and racial discrimination against immigrant workers and Black, Latino, Asian and indigenous workers and women. The organizations and models we visited showed both the promise and the challenges of organizing U.S. women.

In studying women in politics, leadership and management, the delegation learned about some of the many organizations that support women in running for electoral office at local, state and federal levels including the National Organization for Women (NOW) and the League of Women Voters. The delegation studied their methods of mobilizing resources for election campaigns, providing information, reaching voters, as well as organizing voter meetingsand improving women candidates’ skills and capacity.

The delegation worked with Ms.Gale Brewer, Manhattan Borough President, o­n the city's policies to promote gender equality, increase the proportion of women’s participation in electoral commissions and as staff experts and to facilitate the electoral process to increase female voters’ participation. The delegation also met with Ms. Sheng Thao and Ms. Nikki Fortunato Bas, members of the City Council of Oakland, California about the process of preparing and participating in the election of city council members as well as their support for the rights of poor, and working class women.

National Domestic Workers Alliance (NDWA) and their affiliates (MUA and La Collectiva) in San Francisco; VietUnity and other community organizations in Berkeley; 1199 United Healthcare Workers East (1199 SEIU) and other unions and workers organizations (Laundry Workers Center, DRUM, New York State Nurses Association, Dominican Women’s Development Center, Local 32BJ and Mekong) in New York and Coalition of Labor Union Women (CLUW) in Washington D.C. The delegation heard presentations about how the women led unions and workers organizations protect the rights of women in the workplace. From these presentations, the delegation understood more about how our sisters in the U.S. recruit women, and organize members to fight for their own interests and gain support from the broader public through labor community alliances.The delegation learned about how these organizations amplify women’s voices and empower them to build economic and political power in their industries and about the campaigns for better wages and working conditions they have won as well as their specific victories against sexual harassment and violence in the workplace.

In studying domestic violence prevention, the delegation visited the Women's Daytime Drop-in Center (for the homeless and victims of domestic violence) in Berkeley, California. At the center, women are supported with daytime accommodation, psychological, legal and referral counseling, training in self-defense/protection and parenting skills, etc. The center’s fundsare partly provided by the city government. The rest depends o­n fundraising. The center's activities rely heavily o­n a network of nearly 100 volunteers who are enthusiastic students, retirees, lawyers and social workers.

In addition to women's organizations and the social movements for the rights of women, women workers and women in communities of color, the delegation had an opportunity to work with development organizations such as the Asia Foundation and the Asia Group to promotewomen’s economic status, safety for women and girls, as well aswomen in politics, management and leadership in Vietnam and the Asia-Pacific region.

While in the U.S, the delegation had chance to meet with close American comrades and friends who have worked together to support Vietnamese independence and development including leaders in the peoples’ movement.

At the meetings and exchanges, the delegation actively shared with our U.S. sisters the development process in Vietnam, progress o­n gender equality, women's development and activities of the Vietnam Women's Union.The delegation explained the current challenges facing Vietnamese women and the VWU’s activities to advance women’s empowerment. These exchanges helped partners, and friends to understand more about Vietnam and the social advancement and gender equality that Vietnam has achieved until now. The delegation expressed the desire to strengthen solidarity and cooperation for the development of women of our two countries, especially in response to current and developing global challenges.

The delegation’s U.S working visit was successfully completed, contributing to strengthening the understanding and solidarity between the women and the people of the two countries, while promising a number of opportunities for cooperation o­n women’s development
Translate by International Relations Department