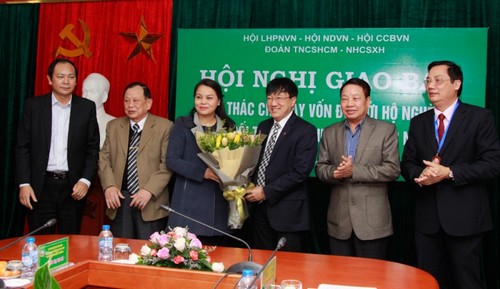 At the meeting, VPSB General Director Duong Quyet Thang congratulated VWU President Nguyen Thu Ha for having been appointed by the Prime Minister to be a member of VBSP Board of Directors.

She also suggested the VBSP promote its training activities for credit borrowing groups at the grassroots, diversify group meeting contents, and strengthen its supervision to minimize capital misuse.

At the meeting, the delegates discussed the upcoming tasks, such as solving overdue and bad debts, increasing savings fund and mobilizing resources, building capacity of grassroots borrowing groups, etc.

Translated by the IRD